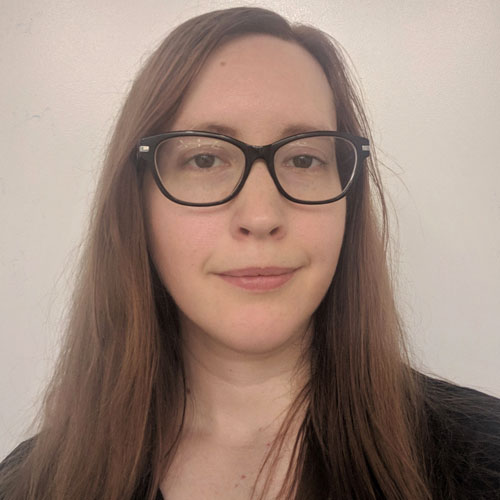 Kendra is the research coordinator for the hearing aid lab, helping to run daily operations and serving as the main point of contact for the lab’s many wonderful participants. She received her bachelor’s degree in Linguistics from Oakland University and her AuD from Northwestern University. Kendra has worked in private practice assessing hearing loss, fitting hearing aids, and programming cochlear implants. She also completed a research fellowship at the University of Michigan. Her research interests include how to best optimize hearing aid settings for an individual’s hearing loss and cognitive function. In her personal life, Kendra enjoys cooking for friends and family, reading, and watching television. 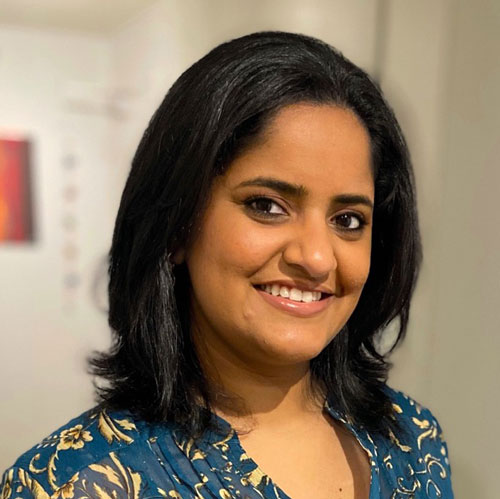 Varsha is a research assistant professor in Communication Sciences and Disorders. She received her Bachelor’s degree in Speech and Hearing from the All Indian Institute of Medical Science. She went on to earn her AuD and PhD from Purdue University, where she became increasingly interested in hearing aid technology and using that technology to meet patient needs.  Her research interests include evidence based practice, tailored hearing aid fittings, and individual hearing differences. She joined the Hearing Aid Lab in order to focus on translational clinical research and the opportunity to work hands-on with hearing aids and research participants. Her current research focuses on the role of cognitive abilities in fitting hearing aids, as well as directional microphones and amplitude compression. In her personal life, Varsha enjoys reading, watching television shows, and traveling. 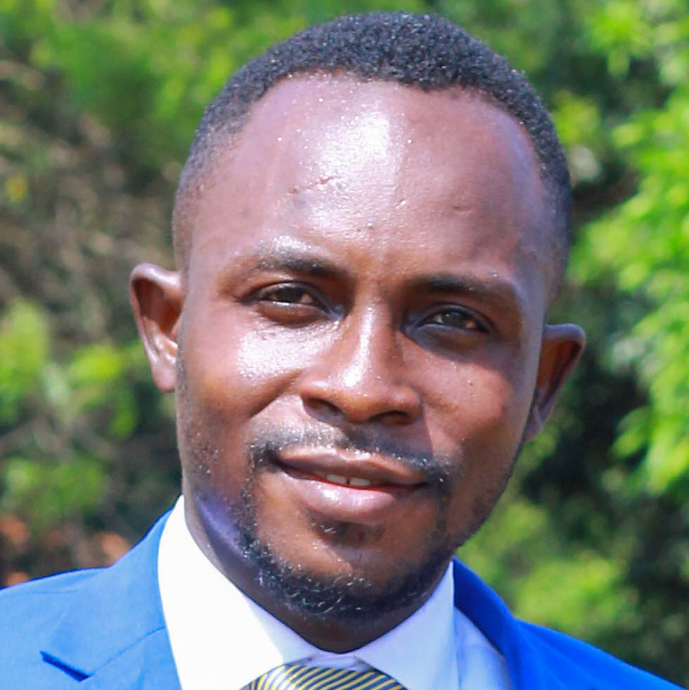 Benjamin is a PhD student at Northwestern University. He graduated from the University of Ghana with a bachelor’s degree in psychology and a master’s degree in audiology. Following his master’s degree, Benjamin worked as a Clinical Audiologist in private practice in Ghana, assessing and diagnosing hearing loss, and fitting hearing aids. He was drawn to the Hearing Aid Laboratory due to its focus on translational research. His research interests include the impact of age-related hearing loss and cognitive decline on speech understanding, individual differences and variabilities in hearing aid outcomes, and tailoring hearing aid fittings to optimize outcomes in adverse listening environments. Benjamin spends his free time watching movies and television shows, catching up with family and friends, and traveling. 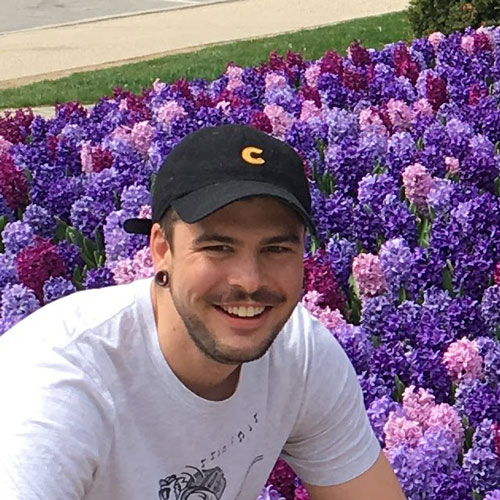 Andrew is an AuD/PhD student at Northwestern University. Andrew’s interest in music led him to completing a dual Bachelor’s in psychology and music performance from Clark University in Worcester, MA. After earning his degree, Andrew worked in neuropsychological research before discovering audiology and deciding to continue his education by pursuing an AuD/PhD. The Hearing Aid Lab’s focus on working memory and hearing aid processing drew Andrew to the lab, and he is currently conducting research in cognitive hearing science. He is interested in how the brain compensates for degraded speech information for people with and without hearing loss. Andrew also enjoys playing Dungeons & Dragons, going camping, hiking, hanging out with his dog, and fostering puppies. 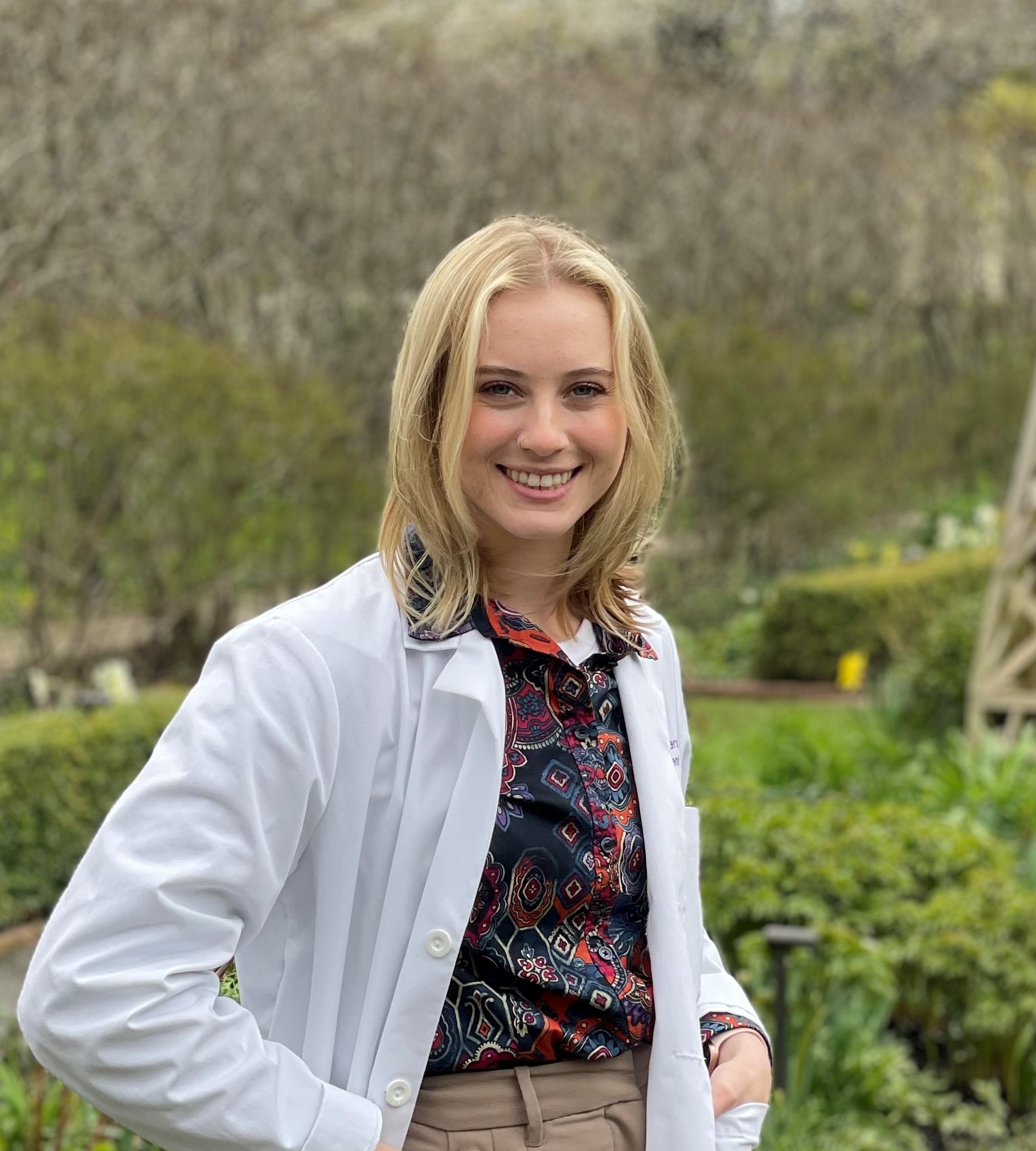 Marina is a first-year Doctor of Audiology student and graduate research assistant in the lab. She received her bachelor’s degree in Hearing and Speech Sciences from the University of Maryland College Park. At Maryland, Marina completed an undergraduate thesis using computation models to predict speech reception thresholds for real and simulated bilateral and single-sided deafness cochlear implant users. Her current research interests reside in bilateral streaming, motion-based beamformer adaptation, and best-practice device programming for cognitive decline. Outside of Audiology, she enjoys rollerblading, reading historical fiction, and watching anime. 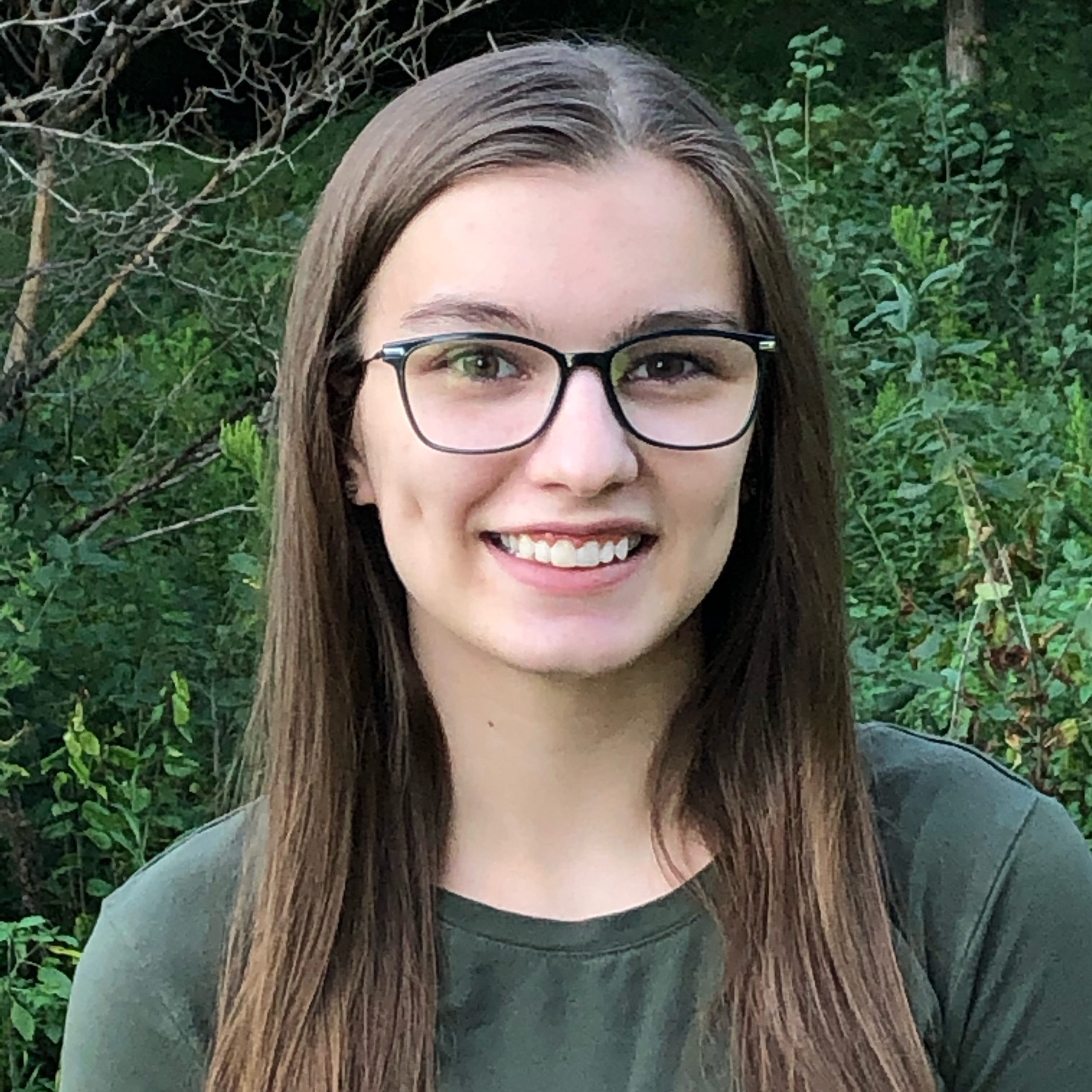 Sara Ellefson is a second-year Doctor of Audiology student at Northwestern University. She received her Bachelor’s of Science in Communication Sciences and Disorders from the University of Wisconsin – Stevens Point. Sara’s capstone is focused on evaluating the impact of dereverberation and directionality processing on hearing aid users’ ability to listen in noise. She found the field of audiology from her personal experience with hearing loss and hearing aid use. Sara chooses to advocate for hearing conservation and better communication strategies for patients. Outside of audiology, she enjoys national park hikes, makeup, and musical performances. 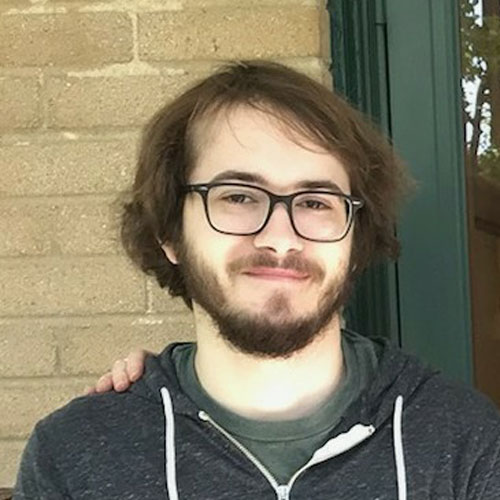 Nathan Fishpaugh is an undergraduate student at Oakton Community College studying Computer Information Technology, and joined the lab in the summer of 2019 to assist with data entry and technical support. He has experience with programming languages from Java to Visual Basic, software applications including Microsoft Office and Qualtrics, and hardware troubleshooting. His hobbies include hiking, paintball, building desktop computers, and volunteering at his local no-kill animal shelter. 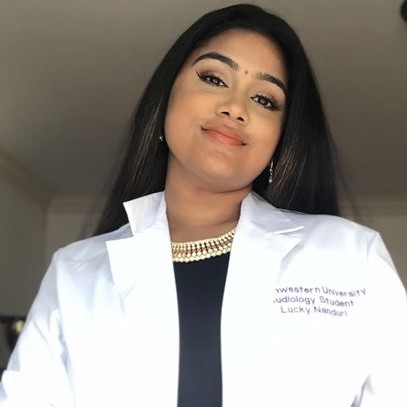 Lucky is a second year AuD student at Northwestern University. She received her bachelor’s degree from University of Illinois at Urbana-Champaign in 2019, majoring in Speech and Hearing Science with a concentration in Neuroscience of Communication. Clinically, she is most interested in working with older adults, specifically the veteran population. She is also interested in the evaluation and treatment of vestibular sciences. Her project with the lab is focused on how older adults perceive childrens’ speech. 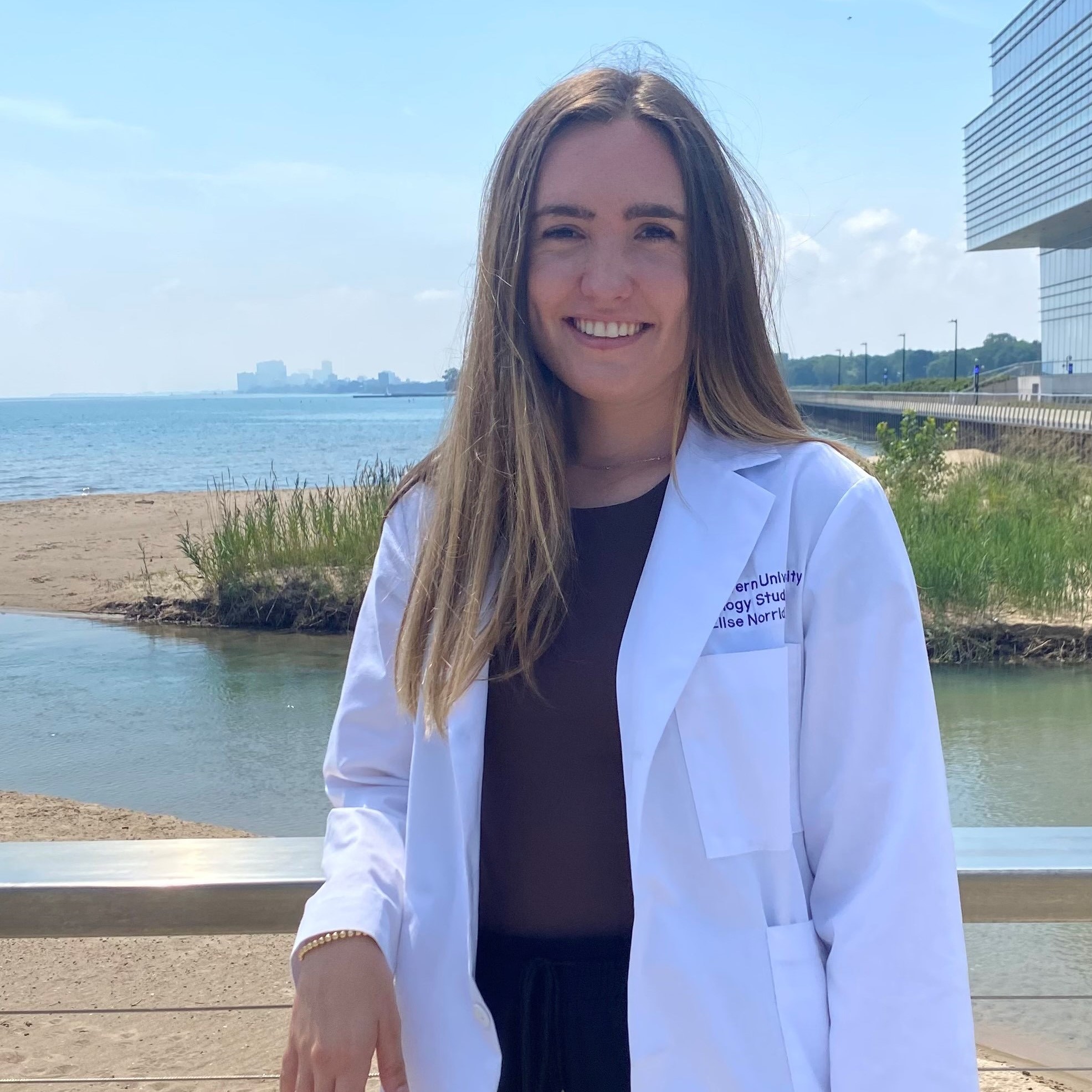 Elise is a graduate student in Northwestern’s AuD program. She graduated from the University of Arizona in 2020 with a major in Speech, Language, and Hearing Science and a minor in Spanish. She was inspired to pursue the field of audiology after growing up surrounded by family members with profound hearing loss along with communication disorders professionals in the form of neighbors and coaches. She joined the lab due to its clinical relevance and to learn more about the future of hearing aid research. In her free time, Elise enjoys reading, hiking, and cheering on the Arizona Coyotes. 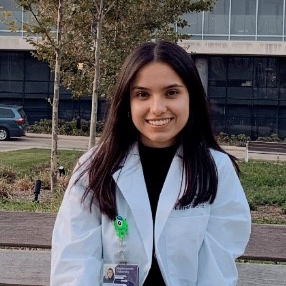 Estrella is a first year AuD student at Northwestern University. She graduated from Texas Christian University in 2020 with a major in Speech-Language Pathology and a minor in Spanish for the Health Professions. She became interested in the field of audiology after her aural rehabilitation patient in undergrad was a cochlear implant user. Clinically, she is most interested in working in pediatrics, but has enjoyed working with older adults during her clinical rotations at Northwestern. She joined the Hearing Aid Lab to learn more about the technology of hearing aids. In her free time, she likes to take walks through downtown Chicago, spend time with friends, listen to music, and watch Netflix. 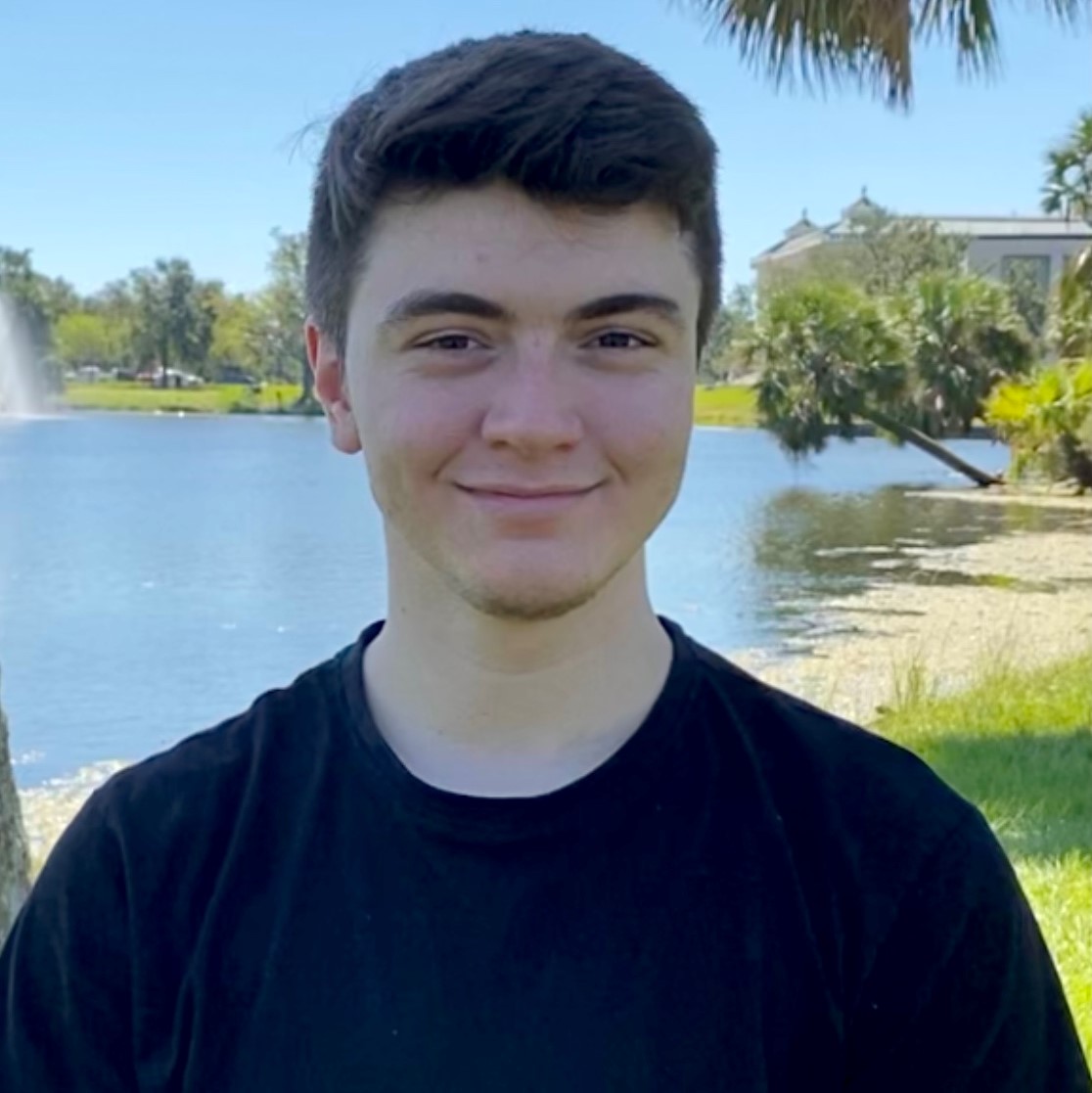 Miles is a second year Doctor of Audiology student at Northwestern University. He received his bachelor’s degree in Speech and Hearing Sciences with a minor in Audio Engineering from the University of Southern Mississippi. Miles chose to pursue Audiology right before starting the 8th grade because he wanted a career in which he could incorporate American Sign Language. As his knowledge of the field progressed, he discovered he had research interests in amplification technology, signal processing, tinnitus, and musician audiologic care. Currently, he is investigating how the variability in the placement of hearing aids on the ear changes the vertical orientation of the microphone array, and how this variability affects amplification outcomes including speech understanding in noise. In his free time, Miles enjoys playing guitar, researching anything else that catches his interest, and driving around new cities. 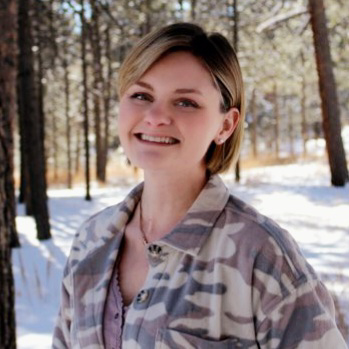 Alexandria is an AuD student at Northwestern University. Her interests in neurological processing and communication disorders led her to complete a Bachelor’s degree in Communication Sciences and Disorders with a minor in neuroscience from Eastern Illinois University in Charleston, Illinois. At Eastern Illinois, Alexandria worked in research pertaining to the effects of hearing loss on those with cognitive impairments, as well as those suffering from various memory losses. She also worked at a nursing home and rehabilitation center. The focus on memory and its effect on hearing in the Hearing Aid Lab was what led to Alexandria’s decision to attend Northwestern. Her main area of interest is how hearing loss impacts those with dementia, as well as those with other types of cognitive impairments. In her spare time, Alexandria enjoys reading, hiking with her dog, swimming, and spending time with her husband and two cats. 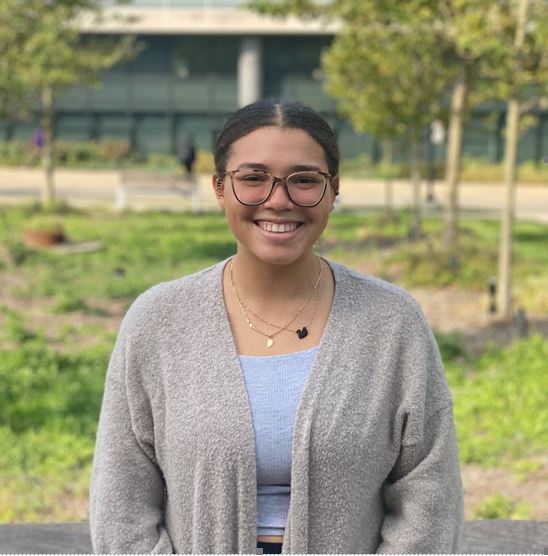 Sheryl is an AuD student at Northwestern University. She received her bachelor’s in Speech and Hearing Science from the University of Illinois at Urbana-Champaign in December of 2019. Sheryl’s love for hearing aids and the field of audiology was influenced by growing up in a Deaf household. Sheryl’s goal is to use her fluency in Spanish and American Sign Language to provide resources to individuals who are from Black, Latinx, and/or Deaf communities. Her exposure to hearing aids at a young age really influenced her desire to join the Hearing Aid Lab and learn more about the technology and how it works from the inside out. When Sheryl is not in class or clinic, she enjoys spending time with her dog and cat, traveling, taking long walks through the city of Chicago, and watching TV. 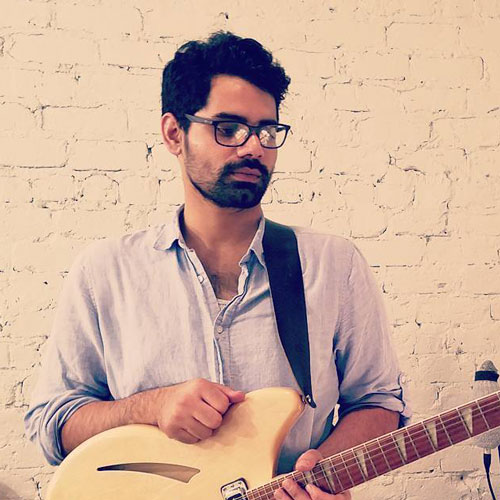 Abhijit is a PhD student at Northwestern. His passion for the field of hearing and sound is driven by a background in sound design and acoustical studies and a fascination for the curiosities of auditory neurology. Abhijit is interested in the manner in which hearing aids respond to musical stimuli and in helping create signal processing solutions for better hearing aid user experience. Outside the lab, he likes to play guitar, go on drives, and explore the surrounding areas. 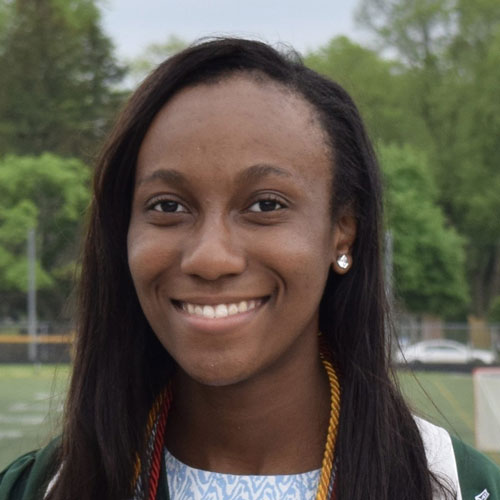 Maya is an undergraduate studying Communication Sciences and Disorders at Northwestern University. She became interested in the field after learning about it from a friend who wore hearing aids. She was matched with the Hearing Aid Lab her freshman year at Northwestern through a scholarship program and enjoyed it enough to stay on as a research assistant once the program ended. She is interested in research involving cognition and audiology, as well as using her Spanish-language skills to conduct research on the connection between linguistics and audiology. She plans on pursuing an AuD after completing her Bachelor’s degree. Maya enjoys playing basketball, spending time with friends and family, and listening to music.